ahaha and the true culprits are revealed!

END_OF_DOCUMENT_TOKEN_TO_BE_REPLACED

Kuroshitsuji II: Episode 12-Together For Eternity…

I cannot believe this series has finally come to an end or rather I didn’t want it to end. 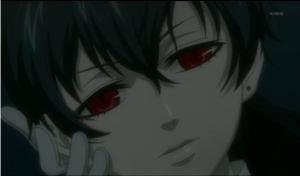 I didn’t expect for Ciel to become a demon but he did. Aww, Claude dies but he’s together with Alois, Luka, and Hannah now.

Ciel considers the self, burdened with a humiliating past, dead the moment he was reborn as a demon.
Well, Sebastian was ordered to be Ciel’s butler until he could devour Ciel’s soul. Since Ciel became a demon, Sebastian couldn’t take his soul which means that he is to serve Ciel for all eternity. Sebby doesn’t look too happy about it. >_< but Ciel is fine with it, maybe even happy about it. ahah.
END_OF_DOCUMENT_TOKEN_TO_BE_REPLACED 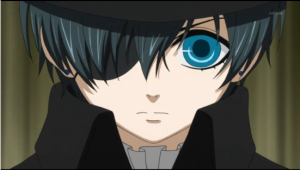 I’m thinking Ciel is glad that Alois didn’t actually die because when he said ‘ I see, so he lived’. He sounded a bit relieved about not being able to kill Alois. He’s getting a bit suspicious of Sebastian possibly hiding some information from him. Should Sebastian be believed in?
END_OF_DOCUMENT_TOKEN_TO_BE_REPLACED

[The best performance is given when an actor “becomes” his role.] This month we we get color page!  Last chapter left off when Mr. Wordsmith returns to the mansion to find out that Jeremy had always been Sebastian in disguise.

END_OF_DOCUMENT_TOKEN_TO_BE_REPLACED

Well, I guess Alois hasn’t died… yet. All the fangirls who are in love with Claude might be happy since in this episode, Claude has smiled [for the first time] and smirked. Alois thinks Claude smiling is disgusting but I think its pretty hawt x3 ahah. BUT, Sebby’s smile is much hawter. lol. So sad, no Sebby in this episode. >__>
END_OF_DOCUMENT_TOKEN_TO_BE_REPLACED 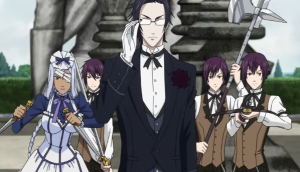 Isn’t this a bit unfair? All Trancy butlers are fighting against one of Phantomhive’s butler. Meirin, Bard, and Finny should’ve gone with Ciel. But Sebastian is so awesome that he can take them on by himself. He kicks butt just like Meirin~~
Why is the Viscount in this episode? =.= …He talks… a lot.
END_OF_DOCUMENT_TOKEN_TO_BE_REPLACED 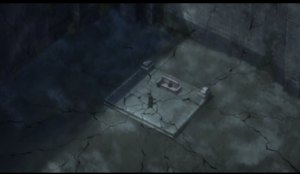 Season one is tied into season two so the entire plot and storyline flows and makes sense. At the end of season one, Ciel’s soul was to be devoured by Sebastian but unfortunately, Claude stole Ciel’s soul making him a void. Sebastian is so upset that he destroys the place, causing an explosion on the island. >.< I wouldn't want to be near him if he ever got pissed like that.

Meirin was awesome wielding two guns. She had her glasses off. She was kicking butt~~
END_OF_DOCUMENT_TOKEN_TO_BE_REPLACED

Sebastian informs those who have some sort of connection to his master that Ciel has lost a part of his memory. The ball held by the Trancy family has the Phantomhive household, Lady Elizabeth with her maid, Lau, Ranmao, Agni, and Prince Soma present for the event. Ciel finds himself chasing Alois to only end up in the basement and somehow seeing a projectile of Sebastian’s intrusion of the Trancy mansion in the first episode. Alois declares in wanting to have Ciel and if he were to refuse, everyone, including those dear to him, in the mansion would be slaughtered. Ciel replies ‘Do as you like.’ and shocks Alois with his response to the threat. Claude is ordered by his highness to capture Ciel and Sebastian is ordered by his lord to protect him at all cost…

This episode answered a few of my questions and gave me many surprises. Even though questions were answered, more questions popped up. OTL.

To my surprise, the Trancy’s triplets are quite skillful and are the exact opposite to the Phantomhive servants who are quite clumsy. The triplets seem to be no ordinary servants and neither are the Phantomhive’s but their appearance at the end of the episode with Claude seems to hint at them being more than just badass servants. They might be part of the contract that came with Claude? :3
END_OF_DOCUMENT_TOKEN_TO_BE_REPLACED